One of my biggest concerns has always been finding the right tone in communication, especially in the business context. Am I making myself understood? How do I come across strong yet respectful? How do I demonstrate competence without being presumptuous? So many thoughts went through my head before even uttering one syllable that I regularly lost momentum in even the simplest conversations. Over-thinking made me so self-conscious that I lost one of my biggest assets: spontaneity. I felt I was no longer credible in my communication. Bye-bye authenticity…

But what does authenticity mean anyway?

Authenticity is a much-used buzzword and can be roughly defined as “the quality of being real or true.” But what does to be “real and true” mean? There is one profession that particularly has to deal with authenticity or the portrayal of authenticity: actors. It is absolutely fascinating how a good actor is able to portray a whole range of diverse characters with conviction and authenticity. What is it they do to be so credible? “Nothing”, one famous American actress told me, “absolutely nothing. I don’t act. I re-act”.

That’s the quintessence of the teachings of Sanford Meisner, one of the most influential acting teachers of the 20th Century. I recently attended a class in Meisner technique and it has been a big eye-opener for me – obviously not for becoming the next Meryl Streep – but on my way to improving my communication skills.

Based in New York, Sanford Meisner trained generations of Hollywood actors and had a profound impact on modern cinema. In his own words, Meisner’s training method is “…based on bringing the actor back to his emotional impulses and to acting that is firmly rooted in the instinctive. It is based on the fact that all good acting comes from the heart…”

Meisner’s method consists of a progressive system of structured improvisations, aimed at the stimulation of instincts and impulses, promoting concentration and imagination. The goal is to achieve “the reality of doing” and “to live truthfully under imaginary circumstances”.

What goes for the acting stage, goes with surprising ease also for the business stage.

The Meisner training is based on a simple and seemingly silly exercise: the repetition. In the first stage you are face-to-face with a partner and make an obvious statement about him or her. It might be something as basic as: “you are tall” for example. Your partner then repeats this statement back to you, but from his or her perspective: “I am tall” in this case. You both go then back and forth with that particular statement, always picking up the impulse from your partner, until you cannot take it anymore and feel the urge to change the line.

Sounds ridiculous, right? It certainly did to me. At first, I wondered whether I should just leave and better enjoy the last rays of autumn sun in the park. But after the first sets of repetitions, I realized how my focus started to shift away from myself. All of a sudden, I was able to let go of my self-consciousness. The repetitious, one-dimensional dialogue completely shifted my attention from my mind to the other person.

“All good acting comes from the heart”.

There are several stages of these repetition exercises building up on each other. Obviously, such a workshop can only give a glimpse of what the Meisner method really means. Nevertheless, it has been a profound experience for me and this is what I took away from it:

It made me a better listener. I learned not only to listen to words, but also to the way they were spoken. Did my partner speak soft or loud, affirmative or doubting, proud or shy?

It made me a better observer. I learned to focus my attention on the other and be much more aware of any impulse of my counterpart, be it a tiny twitch in the eyes or a slight raise in the voice.

Picking up my partner’s line with his or her full intention, I experienced that a little change in my voice could completely change the tone of the dialogue and put me in the driver’s seat for the conversation.

It helped me to overcome my innate shyness and I learned that in order to communicate effectively, I had to act with purpose and conviction, even if it meant to become a little loud at times.

I learned that an immediate and therefore authentic reaction is the most effective way to communicate. As Sanford Meisner said: “all good acting comes from the heart”. 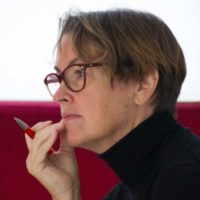